Had a blue screen of death and wondered which driver caused the error before you had chance to write down the stop code and parameters?

Normally I would load up the dump file in the Debugging Tools for Windows to find the culprit until I found this great utility by NirSoft called BlueScreenView.

It scans your minidump files and displays the time of the crash, the basic crash information and the details of the driver that caused the crash. 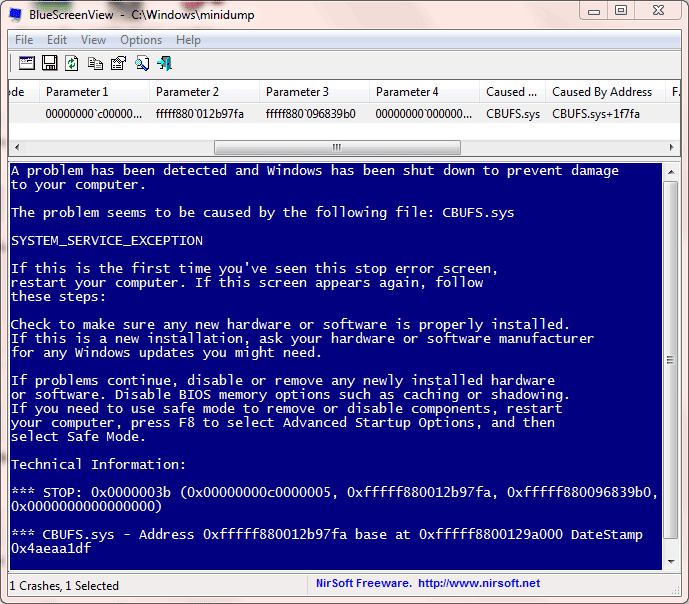